Gynaecologist, Advises Women With Fibroid On What To Do - amanaija
Inspiration

Gynaecologist, Advises Women With Fibroid On What To Do 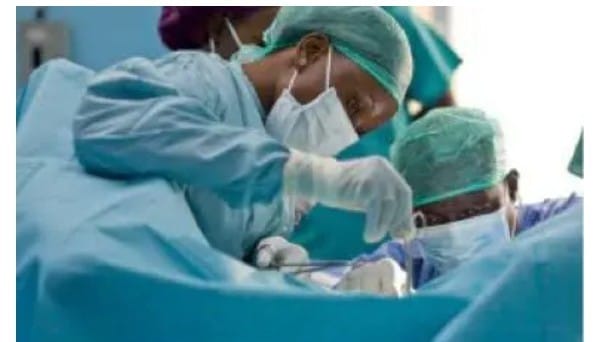 According to the popular doctor,  There has been an increase in cases of women with bigger fibroids because women are afraid of making themselves available for early treatment.

“I have been a gynaecologist for over 30 years, but the kind of fibroid that I have seen in the last three months I have never imagined they exist.

“I have seen big fibroid in my practice, but I am seeing bigger fibroid now. That tells me that there are a lot of women out there who are just afraid of surgery and are not ready to come out.

“But, for such women what we are doing to help is to combine methods of treatment for them.

“Even though they have a very huge fibroid, but it can be broken down into stages.

“So the treatment of fibroid is like plotting the best way to deal with the issue rather than before when all we have was invasive surgery”.

Ajayi  stated that fibroid treatment has gone beyond surgery:

“There has been an evolution in the care of fibroid. Fibroid treatment moved from invasive to minimally invasive and now we are in non-invasive.

“The minimally invasive is what we call keyhole surgery – that is laparoscopy and hysteroscopy.

“However, with the new era of non-invasive that we are, you could just lay down on the table for about one to two hours and after that, we tell you to stand up and that is all. You are good to go. We just ask you to rest in the clinic for like two hours before you go home.

“What happens is that we are now using a machine that is called ‘HYFO’ – a high-intensity focus ultrasound machine. What it does is that it convert ultrasound to heat energy. It just burns off the fibroid”.y

He noted that young black women are more susceptible to the condition.

“Fibroid is the commonest tumour in women of reproductive age group. Black women have a 70 to 80 per cent lifetime risk of having fibroid by the time they are 50 years”.

Speaking further, he said that not every fibroid should be removed

“One thing I would like to tell people is that it is not every fibroid that you need to remove. You have to examine the fibroid and the patient and ask the patient some important questions.

“Do you have symptoms? How old are you? Do you want to be pregnant? Where is the fibroid? Those are some of the questions we need to answer before we can determine what is to be done.