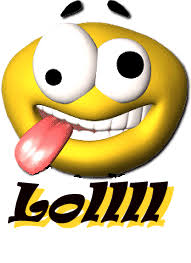 I went for the January fasting and prayer programme in a church camp. I was hesitant at first but a few days into the programme, I made up my mind to go as I saw the need to start 2019 with prayers. Two days after my arrival, I with a friend went to a quarter right on the campground. It was like a hostel built by the church for the homeless.

The place was flooded with children, young and old men and women. A peep into the hostel gave me goose bumps. Dirty clothing and worn-out foot ware littered everywhere. Women, some of whom appeared like they had not had a bath in days were all around the hostel corridor either gisting or quarrelling. Men were either coming in or going out. All the children looked unkempt. While some of them played, others were leaning on their mothers. A few were babbling what I didn’t understand but what caught my attention was a little girl who appeared between three and four year old. She was crying and following her mother about. “I wan bre an Obama, I wan bre an Obama”. She said repeatedly amid tears. So, I was forced to ask the mother what she was saying and to my greatest surprise, what she meant according to her mum was “I want bread and bama (mayonnaise).On hearing that, I burst out laughing; it’s the funniest thing I have heard so far in 2019.

Thanks for reading. What’s the funniest thing you have heard so far in 2019?

With havin so much written content do you ever run into any problems of plagorism or copyright infringement?
My site hass a lot of uniquee content I’ve either authored myself or outsourced but it lookis like a lot of it is popping it up all over
the web without my authorization. Do you know any techniques to help protec
against content from being stolen? I’d certainly
appreciate it.

Check Out Natural Photos Of Genevieve Nnaji And Sisters

END_OF_DOCUMENT_TOKEN_TO_BE_REPLACED

I Will Never Get Married-Young Man Vows, Gives Reason