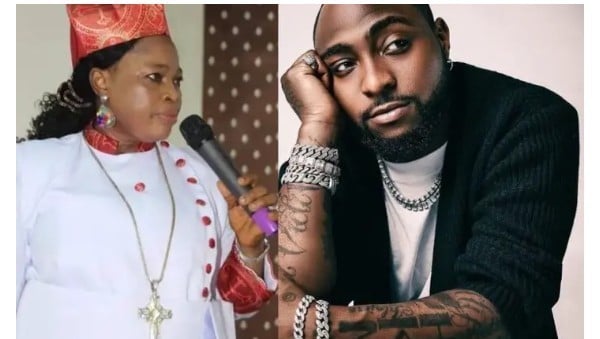 A United Kingdom-based, Nigerian Prophetess, Mary Olubori Dasmola, has revealed what made singer,Davido  donate the sum of two hundred and fifty million naira to orphanages.

While commending the singer for his uncommon generosity, she prayed that the good Lord will reward him.

“Davido has shown the world his near-perfect selflessness. Not too many have the capability and willingness to do such even with the abundant resources in their closet.

“Truly, this is an act orchestrated by the holy spirit to bless his people and he will surely have his reward”, the statement reads.

“Generosity isn’t something just limited to giving money but even giving attention, energy and love are considered to be aspects of it also.

“As believers, we were taught in the bible to replete with teaching on the subject of giving.

“Paul called giving ‘grace’ in his Second Corinthian Epistle and to motivate them in their giving, he mentioned the greatest act ever of giving: ‘For ye know the grace of our Lord Jesus Christ, that, though he was rich, yet for your sakes, he became poor, that ye through his poverty might be rich’ (2 Cor. 8: 9).

“This is a wake-up call for every leader even those in the ministry to take charge and be all-inclusive in the act of giving”, she added.JAMB Result

“What To Do When God Seems Silent .”Pastor Adeboye

My Village People Are Behind My Slow Progress” -Actress, Chioma Ifemeludike Talks

Check Out Natural Photos Of Genevieve Nnaji And Sisters

END_OF_DOCUMENT_TOKEN_TO_BE_REPLACED

I Will Never Get Married-Young Man Vows, Gives Reason