Taliban Declare China Their Closest Ally - amanaija
Around The World 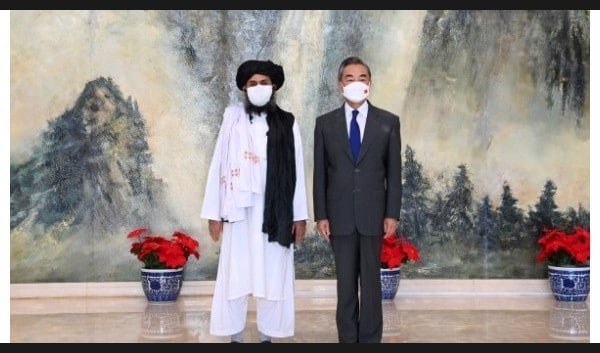 Taliban officials have declared China as their closest ally in the international community.

“Militants say Beijing is “ready to invest in and reconstruct” Afghanistan and describe the nation as their “principal partner”.

Zabihulla Mujahid, spokesman for the group, has stated the Chinese would help to revive Afghan copper mining.

“He also praised the Chinese for their One Belt One Road investment project which has forged forward despite criticism from western countries.

China is one of the few countries which did not evacuate staff from their Kabul embassy in the wake of the Taliban’s takeover.”

“It has also been reported that a Taliban delegation visited China in July for talks with the foreign minister Wang Yi, in Tianjin.

Mr Mujahid told Italian newspaper La Repubblica: “China is our principal partner and for us represents a fundamental and extraordinary opportunity because it’s ready to invest in and reconstruct our country.”

“We hold in high regard the One Belt One Road project that will serve to revive the ancient Silk Road.

“Beyond that, we have rich copper mines which thanks to the Chinese can be brought back into production and modernised.

“China represents our passport towards the markets of the whole world.”